Sand Artist Kseniya Simonova shared a new sand story which she created as a gift to His Majesty King of Bhutan Jigme Khesar Namgyal Wangchuk.

Kseniya has known His Majesty and his wife since 2015, when the King invited the artist to the city of Thimphu to perform at the anniversary of his Father. Father King, Jigme Singye Wangchuck celebrated his 60th birthday (in 2006, he abdicated in favor of his son). The year before, Simonova received an invitation to perform at this event and tell the life of the King Father with the help of sand. When she met His Majesty, He said He followed Kseniya on YouTube.

«It was so incredible to hear that from the King,» — Kseniya admits. — And in general, that trip left a lasting impression of a beautiful dream. Bhutan itself — its incredible landscapes, mountains, red peppers that people dry on their roofs, faces glowing with joy, a sincere love for the Royal family.... I was very impressed. In addition, then, after my performance in palace, both Kings approached me with a greeting. These are incredible people, great people of our time... And then His Majesty invited me and my husband to have tea in a small house in the garden of the Royal Palace. It was so simple and completely unofficial. There, the King introduced us to his wife, Her Majesty Queen Jetsun Pema. Then she was expecting their first son. Now the Queen is preparing to give birth to a second child. Their Majesties told us the story of their love, about their studies, about the special things of the incredible Kingdom of Bhutan. They impressed me forever! Perhaps, this tea conversation has become one of the most vivid impressions of my life. I wrote about this in the chapter of my new book, «Everywhere is God.»

And although this was not my first, and not the only meeting with the Royalty (I performed before many Crowned audience from different countries) — this meeting impressed me the most.

Now the King is 40 years old. 5 years have passed since we met. And I still remember it as if it was yesterday! And I decided to make a gift to His Majesty and the whole people of Bhutan, who love their Monarch so much. The sand story is called «King Jigme». This film also has a second — unofficial title — «The Modern Fairy Tale». And it is true! If you come to Bhutan you will see it yourself. This is the only country in the world where there is no concept of GDP. There is the concept of «coefficient of happiness», it is regularly determined among the population by the method of surveys conducted by... the real Ministry of Happiness! Yes, this is only in Bhutan. Amazing country.

The people of Bhutan are very proud of their country, their monarchs, their mountains, their unique national costume. I just repeat again and again: «Long Live the King!» 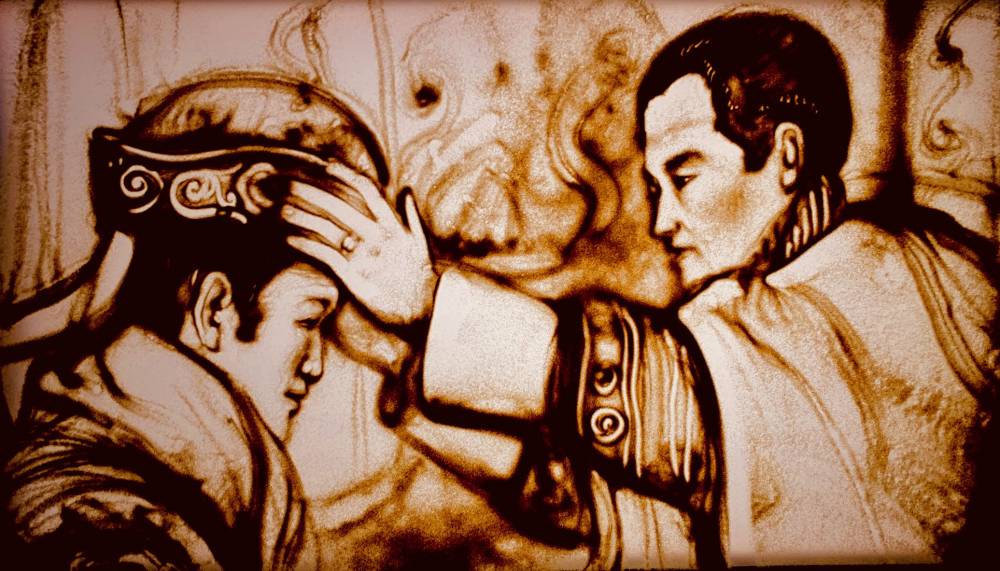 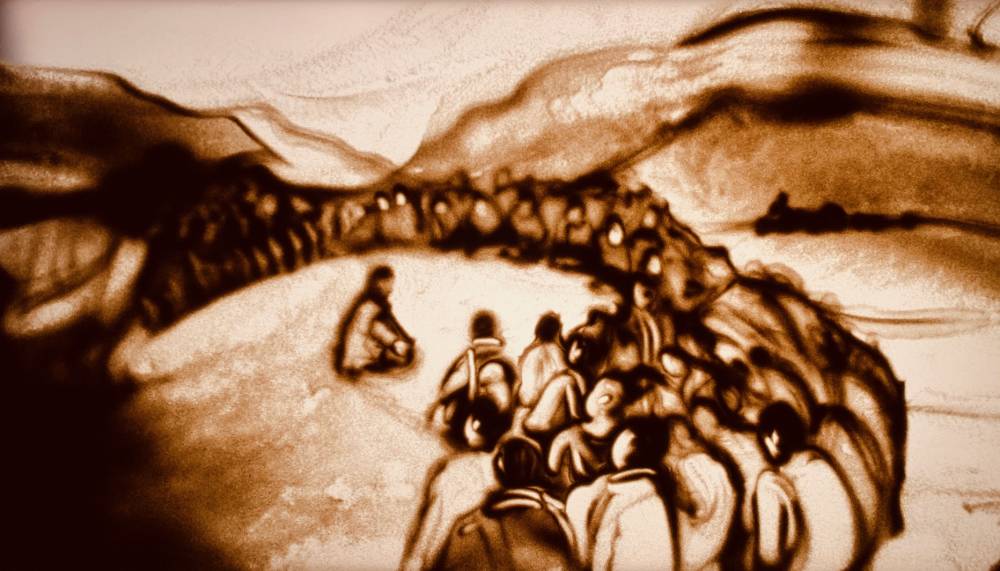 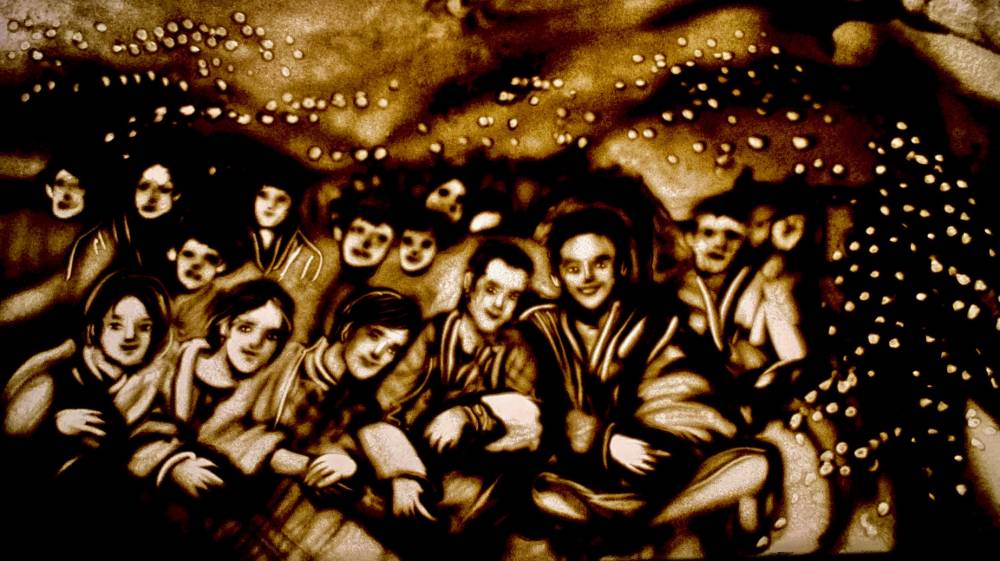 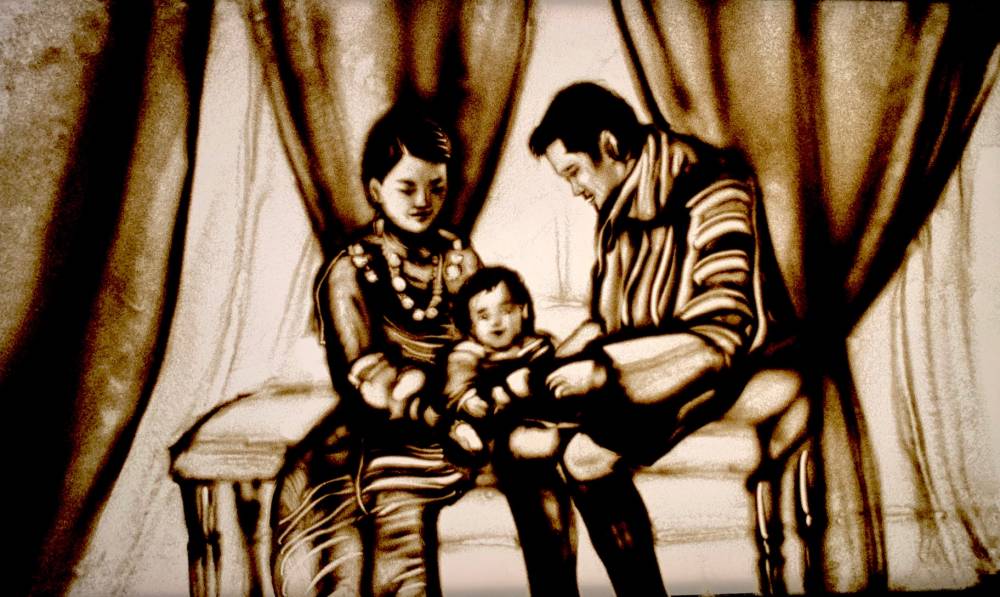 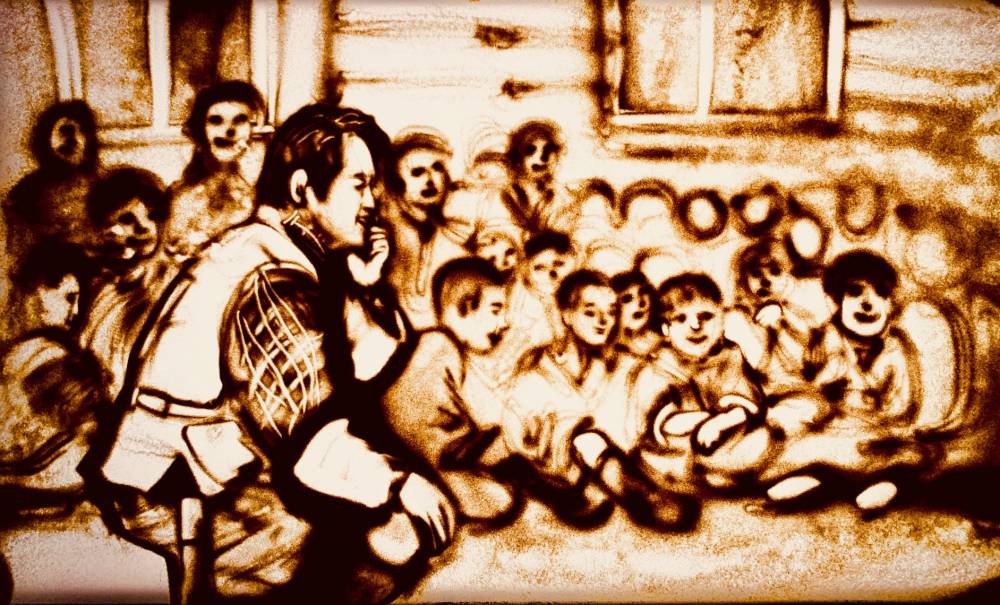