Kseniya Simonova is a sand artist, winner of Ukraines got talent, announced as Internet-sensation by The Guardian. She creates beautiful and touching stories with just sand and her hands. She is the most viewed sand artist on Internet. After triumphal win on the show, Kseniya has performed her sand animation shows all over the word in more than 70 countries. She was invited to show her art before Royalty and Presidents, among them are the Royal Family of Thailand, Queen of Denmark, Princess of Denmark, Royal Family of Morocco, Royal Family of Bhutan, members of Royal Family of Great Britain, Royal Family of Bahrain, and also Presidents of Malta, Poland, Ukraine, Russia, Kazakhstan, Turkey and many others. The most respected stages of the world accepted her art from Special Olympic Games closing ceremony in Athens to YouTube Symphony orchestra Gala in Sydney Opera house.

In 2019 she is taking part in the worlds biggest talent show Americas Got Talent: Champions on NBC.

Hanford High School Orchestra will be hosting and performing with Kseniya Simonova as she makes a special stop during her world tour in Richland on Thursday and Friday, September 5th and 6th. 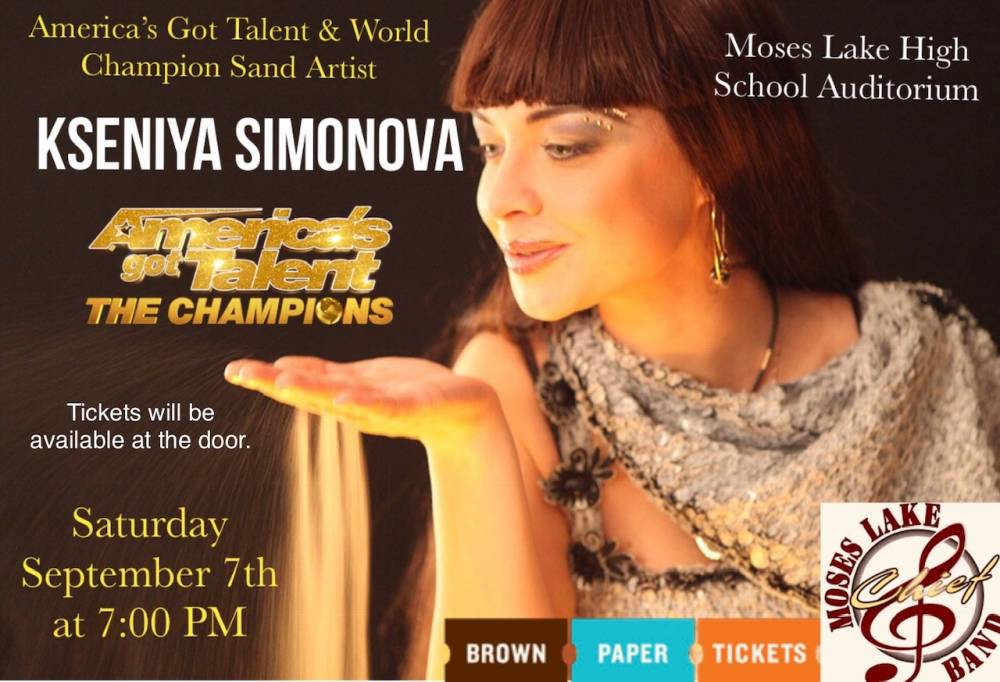